Before I visited Germany earlier this year, I dabbled in German beer but was never really fully taken by it. Compared to American Craft Beers there just isn't a whole ton of flavor. But during my time there I fell in love with their straight forward flavors and I don't think I'll ever be able to get enough. It's so simple. It's so clean. In my mind's eye, it's what beer really should be. Mahr's Brau Christmas Bock, the BBB Beer of the Week, is a great example of those clean flavors I've come to love so much.
﻿ 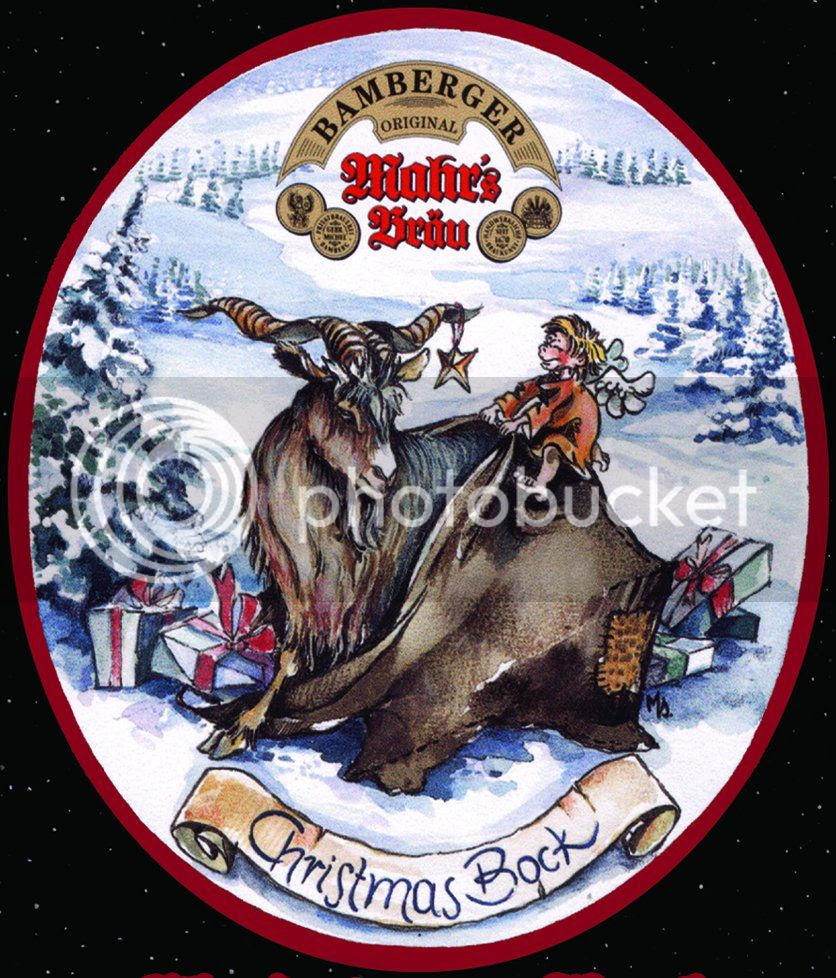 Appearance: This beer is beautiful. Unfortunately, I can't find anything online that does it justice. In fact, I even tried taking a picture of it myself and I couldn't get it right. I'd rather leave it up to your imagination then post a picture that doesn't convey just how pretty this beer is. The beer is a golden straw color that pours perfectly clear. It's so clear it could give some of the top notch Pilsners of the world a run for their money in the clarity department. And on top of this beautiful liquid rests a head that is like a huge thick cloud combining for one of the most picturesque beers I've had stateside.

Nose: My bias for German beer is extreme. With that said, this beer smells amazing. It's not all old school batman with the BOOM POW WACK smells you get with a lot of American craft beers. If you're looking for that, you're sure to be let down. This is all about the Malt. It smells absolutely delicious and is typical of most of the beer I sniffed in Germany. I could literally sit around for hours taking in the aroma of a beer like this.

Taste: Mahr's Brau Christmas Bock drinks clean and crisp. Every time I drink a beer like this I think it tastes like the farm. It's all about the malt. I get a touch of citrus and a bit of some other sort of fruit. Nothing over the top. Just classic German flavors. Toasty.Sweet up front and finishes with a tiny bit of hop bitterness to bring it all together.

Final Verdict: Like you even had to ask. There is a chance you might still come across a bottle or two now, but be sure to note this one for next winter. When describing a German beer I like to say that it's awesome in its simplicity. This Christmas Bock lives up to that description. Don't sleep on this liquid perfection.
Posted by Unknown at 7:16 PM