I've driven up and down Eastern Avenue approximately 840 times since I've lived in Baltimore. Most of those 840 trips were spent with me wishing that I was stopping for some Greek food in Greektown. On my 823 trip down the Ave, Deana and I finally stopped for dinner at  Acropolis. I wasn't sure what to expect going in, but post visit I realized two things. First, I now know that Acropolis serves up some excellent food. And two, I need to do my due diligence and try out a few of the other options in the area in hopes that they are just as good.

I don't know if it was the day or hour of our visit but we were one of only 3 tables in what was an average sized dining room. The fact that there were so few patrons had me a little concerned. Most times when there are so few people eating it's because the food sucks. And if it doesn't suck and you just happened in on a slow time of day you end up getting subpar service/food due to the fact that the employees aren't as focused.

Acropolis proved both of my assumptions wrong. Our server was super attentive without being annoying. She was right there every time we needed her, but she wasn't there so often that you felt like she was interrupting your dinner. And man, what a dinner it was! Deana's exposure to Greek food is somewhat limited so she went with what she knew and ordered Chicken Souvlaki. I decided to go with a dish I hadn't had in far too long and ordered Pastitsio. Both were excellent. ﻿The souvlaki was served a little differently than we've had it before. Instead of coming "sandwich" style with everything already put together, they served the pita, and tzatsiki on the side. The chicken was served kabob style. This allowed you to build bite size sandwiches with as much or as little of the sauce as you'd like. It also made it very nice for sharing (and thank you for that). The chicken had great grill flavor with just enough flavor from the oregano it was seasoned with. The tzatziki sauce was the best Deana and I have ever had. It was thick, creamy, and a little more tangy than what we were used to. In fact, it may have been the highlight of the whole entire dinner. If you're a fan of souvlaki, I highly recommend a visit to Acropolis. On a side note, the Greek salad they served with this dish was very good. I'm not always a fan of feta cheese, but this was some high grade feta and I really enjoyed it. 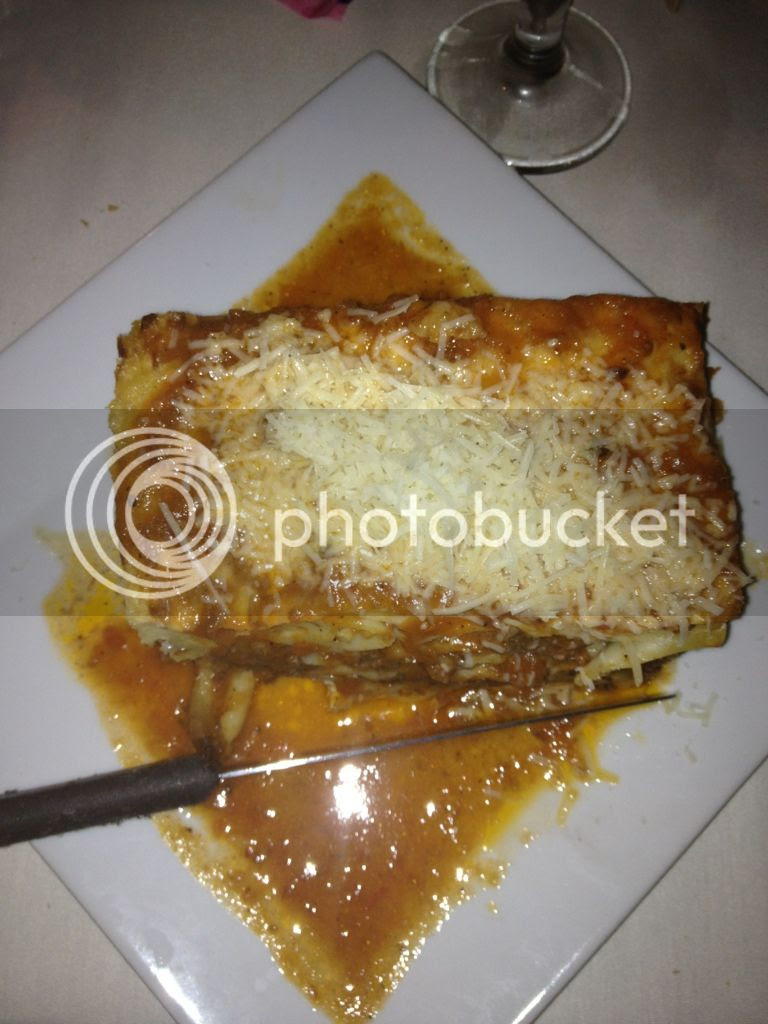 For those that don't know, Pastitsio is kind of like Greek lasagna. Acropolis serves up a mean interpretation. The brown sauce you see in the picture is sweet and savory. There is flavor from the meat, cinnamon, and while I'm not sure it's an actual ingredient there is a raisin quality to it. The meat and sauce is mixed in with these super long ziti style noodles and topped with a creamy bechamel and cheese topping. I absolutely loved it. If you're semi-new to Greek food and looking to try something new, Pastitsio will not let you down.

﻿Next weekend, if you're like me and you find yourself making your 684th trip down Eastern Ave, maybe you should make the effort to try this excellent restaurant out. The service was some of the best I've had since I started this blog and the food is up there with anyone around. I know I'll be back. Maybe I'll see you there on my next visit.

Price: A little on the pricey side
Recommendation: Definitely visit.
What to Order: Souvlaki or Pastitsio are both winners