Last night, Deana and I had the privilege of attending a small event at Bahama Breeze in which they allowed us to try a couple of their new Island Cocktails before they are released to the public on February 4th. In addition to the drinks, they also fed us like kings and served nearly half of their appetizer menu to us.Needless to say, it was an exciting evening and definitely the highlight of running this blog so far. I hope many more events like this are in my future! 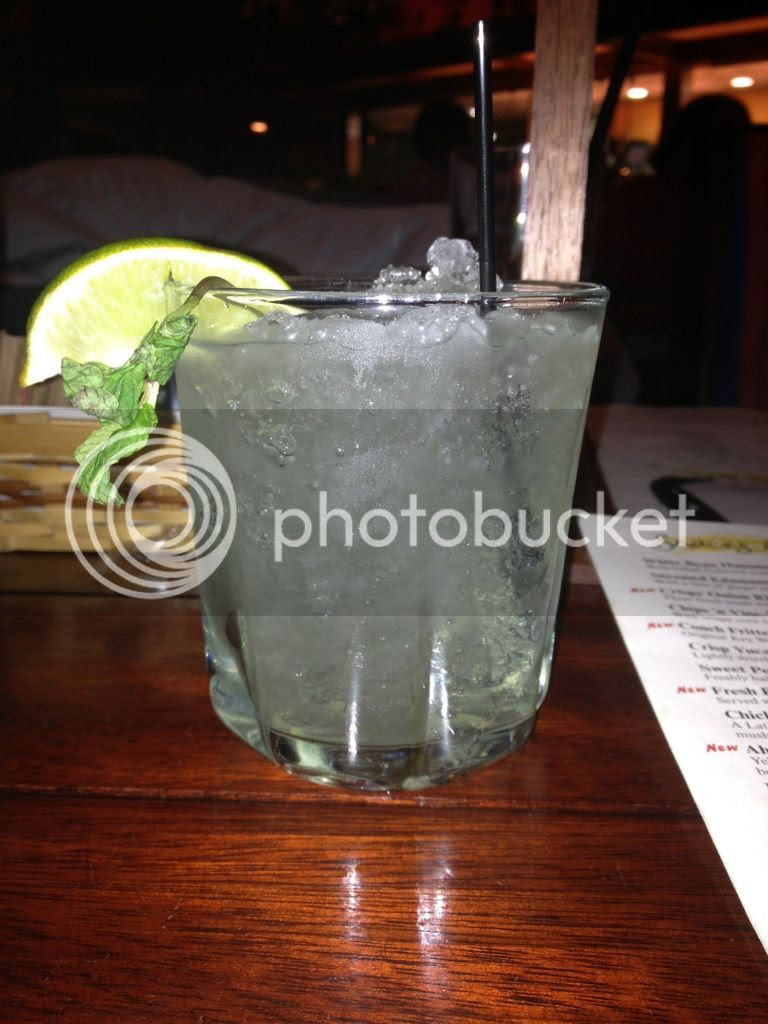 So, let's get into their new Island Cocktails. The first libation they served up is known as The Daisy de Santiago. Based on the visuals, I was expecting it to taste a bit like a Mojito, but I found that The Daisy de Santiago was more along the lines of a gin and tonic with a fair amount of herbal flavor. The addition of chartreuse liquor made this a really unique tasting beverage. It's a very clean drink and one I think
would go down well on a hot summer day (It should be noted that it also tasted great on a cold rainy winter night. ). I also think this is a great choice for any one who isn't a huge fan of overly sugary cocktails. 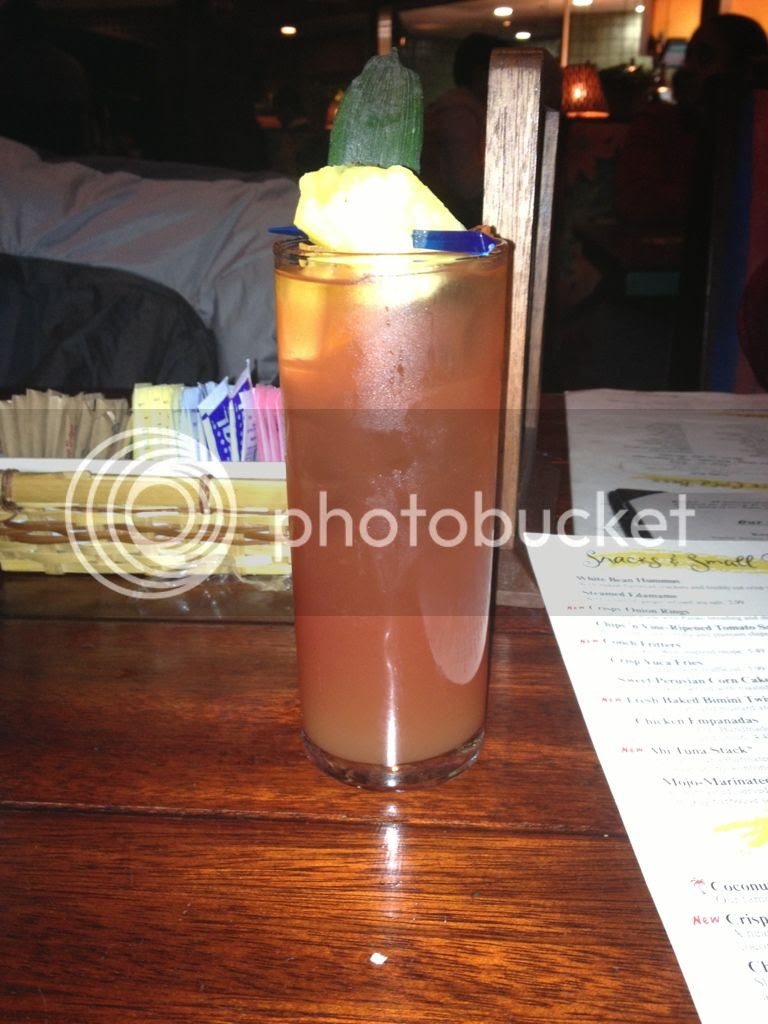 The next drink we had to sample was referred to as The Yaka Hula Hickey Dula. I think it's fair to say that this was the favorite of the two drinks amongst the "of age" drinkers at the table. It reminded me of a Mai Thai and I quite enjoyed the dark rum flavor that was prominent  throughout. The 151 they floated across the top and the rum soaked pineapple made this a very fun beverage. Obviously, if you're a fan of rum you're probably already a fan of this cocktail.

In the food department we were served a real smorgasbord. There were coconut shrimp, pulled pork sliders, cheeseburger sliders, onion rings, beef empanadas, goat cheese and flatbread crisps, spinach dip, and Jamaican wings. Everything was good, but since they served us so much I'm only going to go over a few of my favorites. 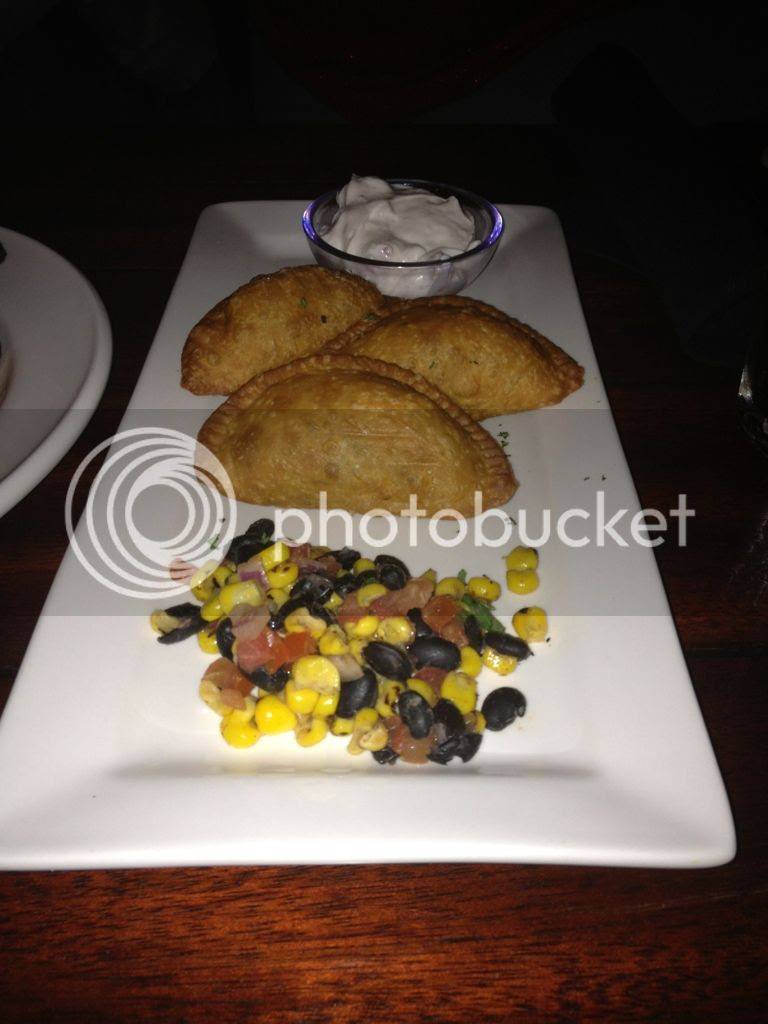 It was a tossup, but the beef empanadas were probably my favorite of all the appetizers. The dough had a great flaky texture. Inside was a mix of beef and potatos. Combined with the corn and black bean salsa and dipped in the aioli this reminded of a Caribbean egg roll. I highly recommend you try these. 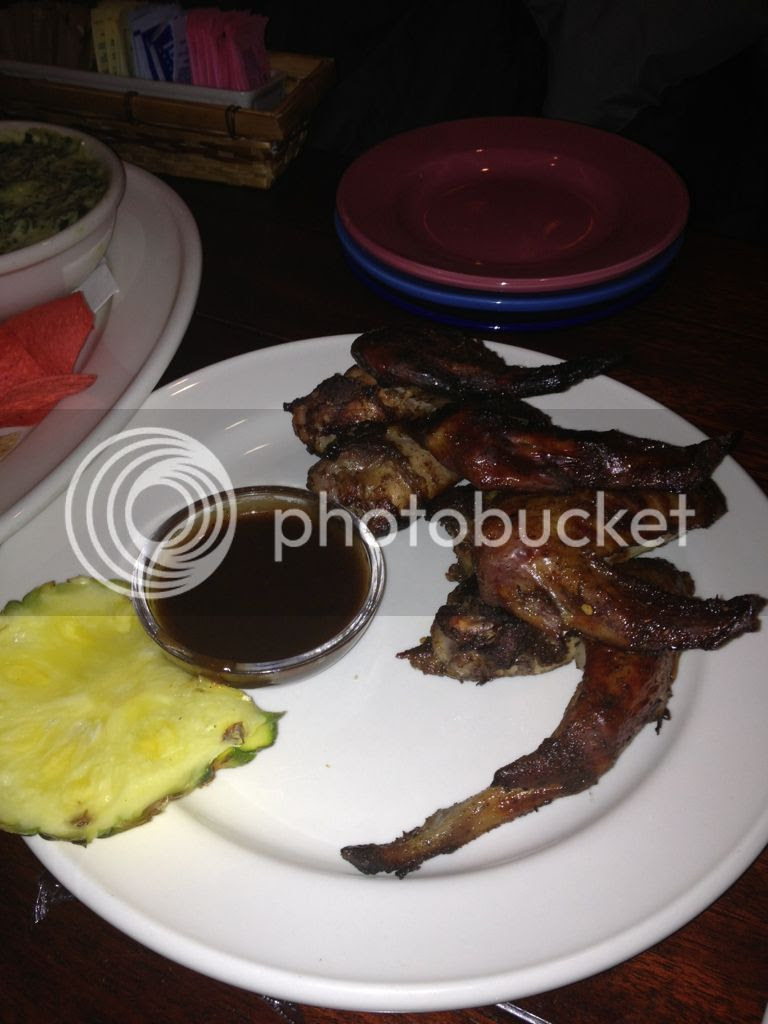 Coming in a close second were the Jamaican wings. They were full wings covered with a blackened jerk spice mix. What made these wings particularly nice was the fact that they were grilled. Because of this I felt like they were a little juicier than the average wing. The jerk mix offered just enough heat to wake your taste buds up but they were served with a delicious BBQ sauce on the side to help combat some of the heat. The mix of the spicy wings and sweet BBQ sauce made for a great combination of flavors.

The last appetizer I'm going to give some love to are the pulled pork sliders. Deana loved these awesome little bites of tender pulled pork.  The pork was served sitting on top of a fried plantain and served with a little BBQ sauce drizzled over the top. The curveball that was the plantains made this a must try appetizer for anyone that is a fan of pulled pork (and who isn't?).

So, there you have the highlights of last nights event. The food was great, the new drinks were delicious, but most important of all  the people of Bahama Breeze really treated us well. The next time you find yourself in Towson wondering where you should head for a good sip and a great bite look these guys up. It's good stuff!

One other blogger in attendance last night was local blogging celebrity Eli of Adventures of a Koodie. Check his site out if you'd like to get a kids point of view of last night's event.