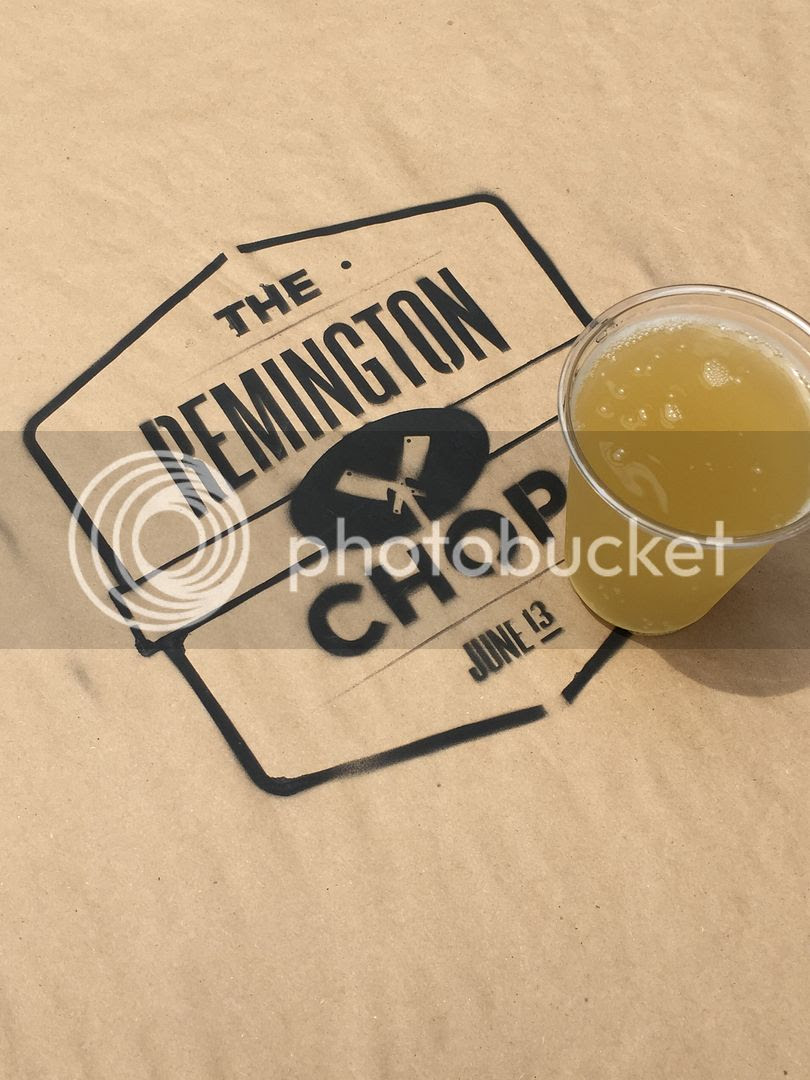 This past weekend I was invited to attend The Remington Chop. Held in Millers Court, this event aimed to bring chefs and brewers from the local neighborhoods together to showcase what goes on under the hood during the day to to day operations of the various businesses. Attendees had the opportunity to participate in classes that included lamb butchery, sausage making, oyster shucking, mezcal tasting, beer brewing, and gazpacho making.

All of the classes sounded interesting, but considering I purchased a Kitchen Aid mixer with the sole aim of making sausage, I figured it made most sense for me to finally learn the art of sausage making. And learn I did. The class was taught by employees of Pen and Quill and on this day we focused on what goes in to making a North African sausage known as Merguez. They took us from the beginning where you're cutting up a mixture of lamb and pork fat to be marinated with a mix of spices including cumin, fennel, coriander, and cayenne followed by what to look for when you're grinding the meat and finally forming the sausages you'll ultimately be cooking and enjoying. 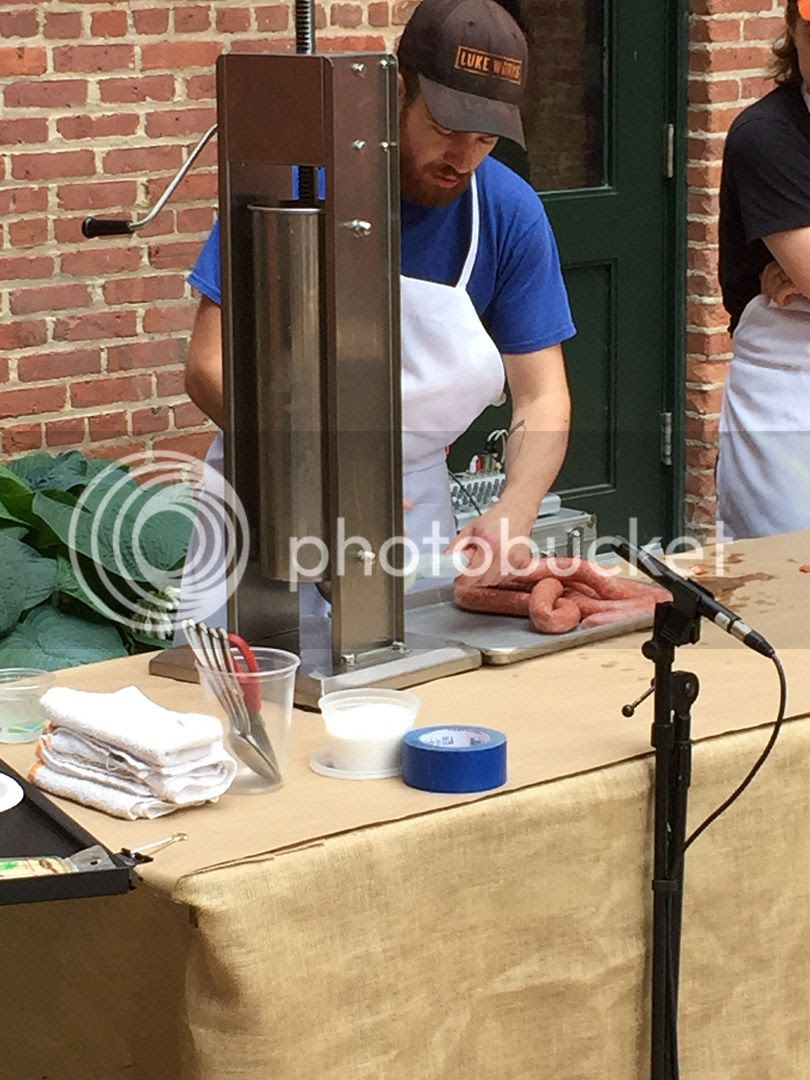 The class was fun in that it was informative and not something visitors to a restaurant get to see on a regular basis. It was also interactive as the leaders of the class took questions throughout and even allowed anyone who wanted to get their hands dirty to try and form a few sausages of their own. I didn't take them up on that, but I did enjoy the sausages they cooked for us (and a few more that they sent us home with a little later) and now have the confidence that with the purchase of a few extra kitchen aid add-ons and a little patience I can reproduce this delicious Merguez sausage for myself. 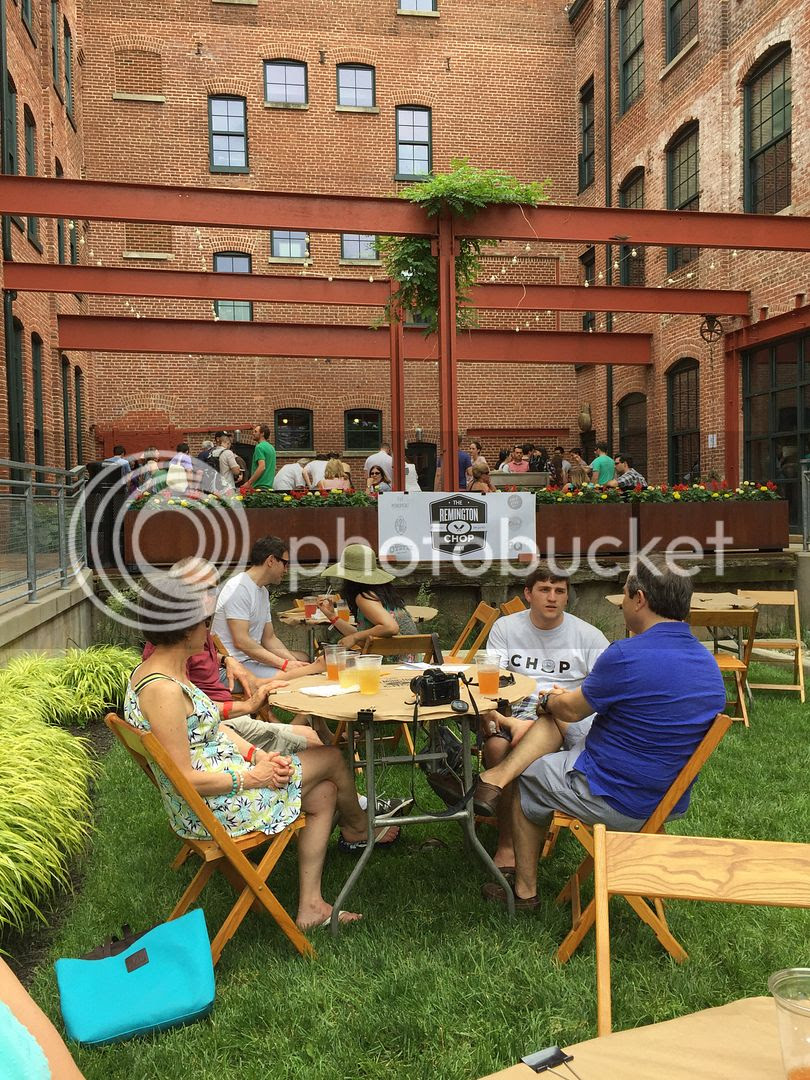 Outside of the class we were able entertain ourselves  in the courtyard with a glass of mead from Charm City Mead (the basil lemongrass was delicious), a beer from Monument City, and snack on some munchies from a variety of local businesses. I really enjoyed the atmosphere. I'm used to always being packed in amongst a mass of humanity when I'm attending events like this but I never felt that way at The Remington Chop. The class sizes were 20-30 people large and there was plenty of room to spread your legs when you were ready to enjoy a drink after all of the learning was done. I'm not sure if The Remington Chop has anything like this planned for the future, but let me just say that I'd love to see this event continue on. Not only do you get to enjoy the delicious offerings of local business but you're learning along the way and that's something very few events can claim.
Posted by Unknown at 12:30 PM No comments: