At least once or twice a week I find myself in Towson after work. Usually it's to meet up with Deana before she heads back to work on one of her long days and sometimes it's just to get some exercise walking around the never ending mall. On one of those occasions we were looking for somewhere to eat when we walked up to the circle and found Towson Tavern calling our names.

The inside of Towson Tavern was very nice. It had a very modern look, and if I remember correctly the bar even had a marble bar top. Very swank when you consider most of the other casual restaurants in the vicinity.  Given the look and the prices on the menu, I think it's safe to assume they aren't looking to attract the college crowd that most everyone else in the area goes for.

Not knowing what to expect going in and dining without the biggest appetite we had a little trouble finding something on the menu to fit our appetite and our budget. Nearly every entree was over $20. We weren't looking to spend quite that amount so I ended up with the $16 Burger and Deana decided to order the Pork Lollipop appetizer. 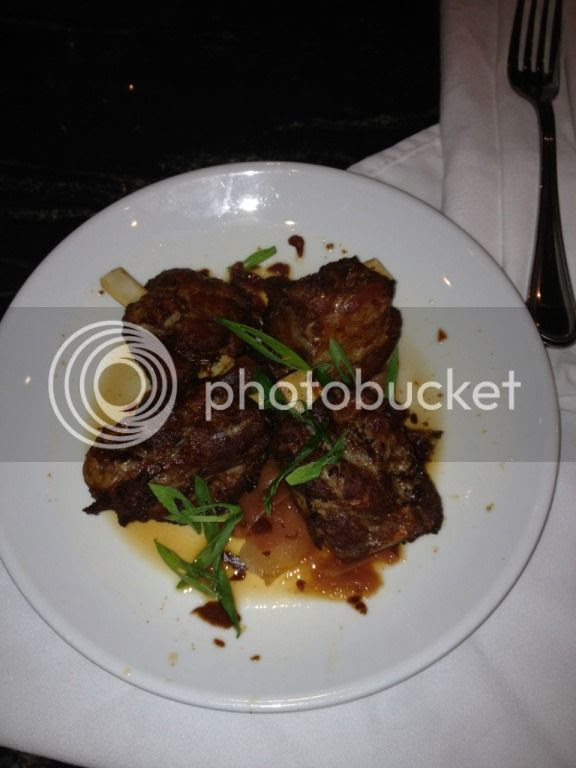 Happily, the lollipops were of fairly substantial size for an appetizer and it was more than enough for Deana on that day. The pork lollipops were covered in a ginger marmalade that served as a bit of a sauce. The sauce was very good, but at times the ginger could smack you in the face. The lollipops themselves were very crunchy and reminded both of us of fried chicken. I can't say that this was my favorite appetizer of all time but Deana commented more than once that she would order the lollipops again. So, I guess you can chalk these up to personal taste. If you're a fan of pork and ginger there's a pretty good chance you'll like this one. 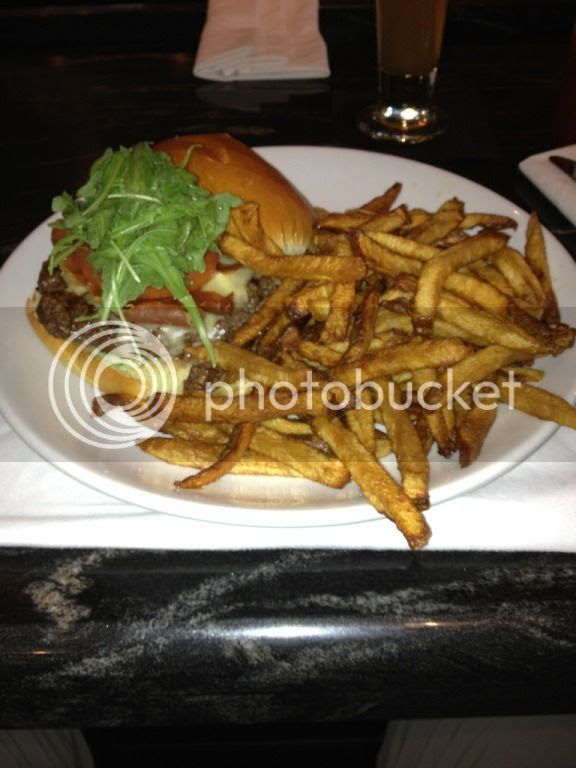 When it comes to my meal, I'm not sure I've ever spent as much on a burger as I did at Towson Tavern. Obviously, my expectations were pretty high. At $16 their margin for error was pretty slim. As fate would have it, this was a damn good burger. Was it $16 good? Eh, I don't know, but I didn't leave feeling like I was had. Taking that and the fact that I annihilated the burger in record time into account, I guess I can't really complain all that much. My burger was large, juicy, tender angus beef topped with tomato, homemade aioli, and arugula. I really enjoyed the arugula as opposed to traditional iceberg lettuce. Not only did it add a nice freshness to the burger, but the peppery taste was quite nice as well. Typically, they serve the burger with sweet potato fries but I passed on them for traditional fries. The fries were delicious and you get served a TON.

So, despite their prices being a little on the high side you can go in knowing that they don't skimp on the portions and the flavor is there.  Overall, Deana and I had a good dinner and we look forward to visiting them again some time in the future.

Before I go, one thing I thought I should make mention of was the fact that despite referring to themselves as a Tavern their draft list at the time of our visit was lacking. It wasn't the all-time worst or anything. In fact, in the grand scheme of things it was probably somewhere in the middle, but given their upscale menu I think it would behoove them to ditch some of the typical big beer brands and replace them with more craft options. They had a few, but I'd like to see even more in the future.

Price: Expensive
Recommendation: If you're looking for something a bit fancier in Towson, this is a good place to try.
What to Order: Burger
Posted by Unknown at 7:54 PM