Ever since I became an Anthony Bourdain fanboy a few years back I've been wanting to slurp down a giant bowl of Pho. Of all the cuisines he's tried over the years he always seemed to get most excited about Pho and that's saying something. I knew I had a few options in the area, but I wasn't sure what was considered the best so I decided to try my luck and walk into Pho Dat Thanh on one of my weekly Towson trips. 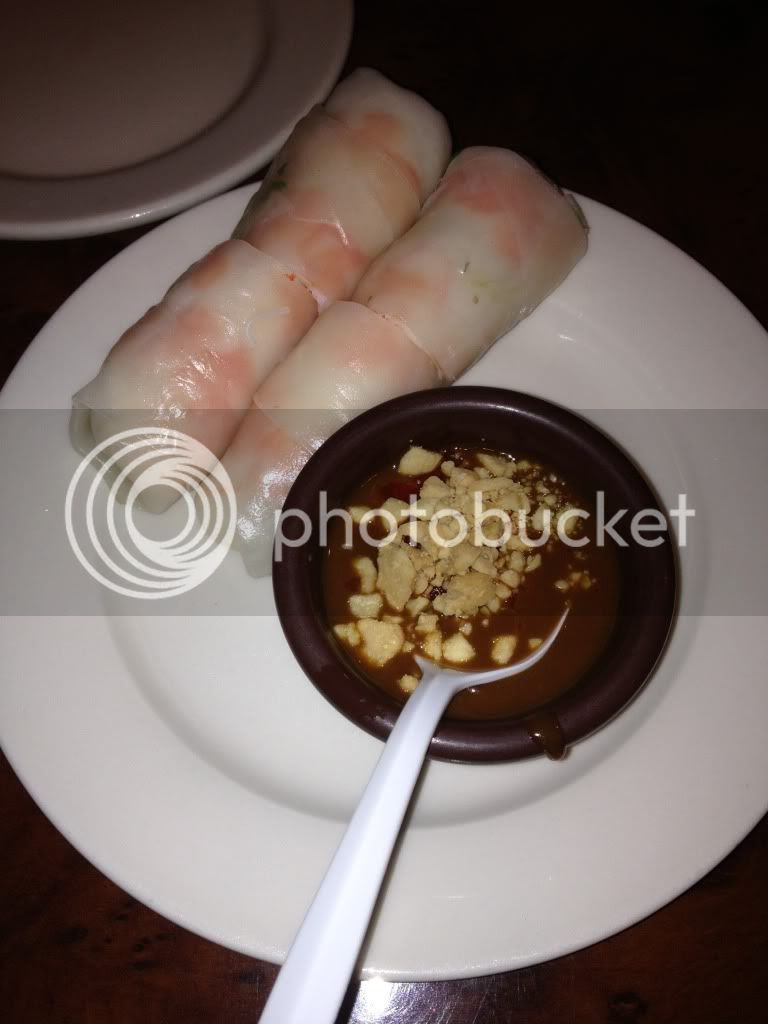 Not knowing that we are about to embark on the biggest bowl of soup of our lives in a few minutes, Deana and I decided to start out dinner with Goi Coun. Don't quote me on this one as I'm not super familiar with Vietnamese food, but Goi Coun was basically a spring roll with a chewier noodle like vessle that houses shrimp, vermicelli, and some veggies instead of the fried rice paper you find more commonly . They were delicious and the dipping sauce on the side was very good. It tasted like a mixture of peanut and chili sauce. The spicy/sweet flavor went very well with the fresh Goi Coun. 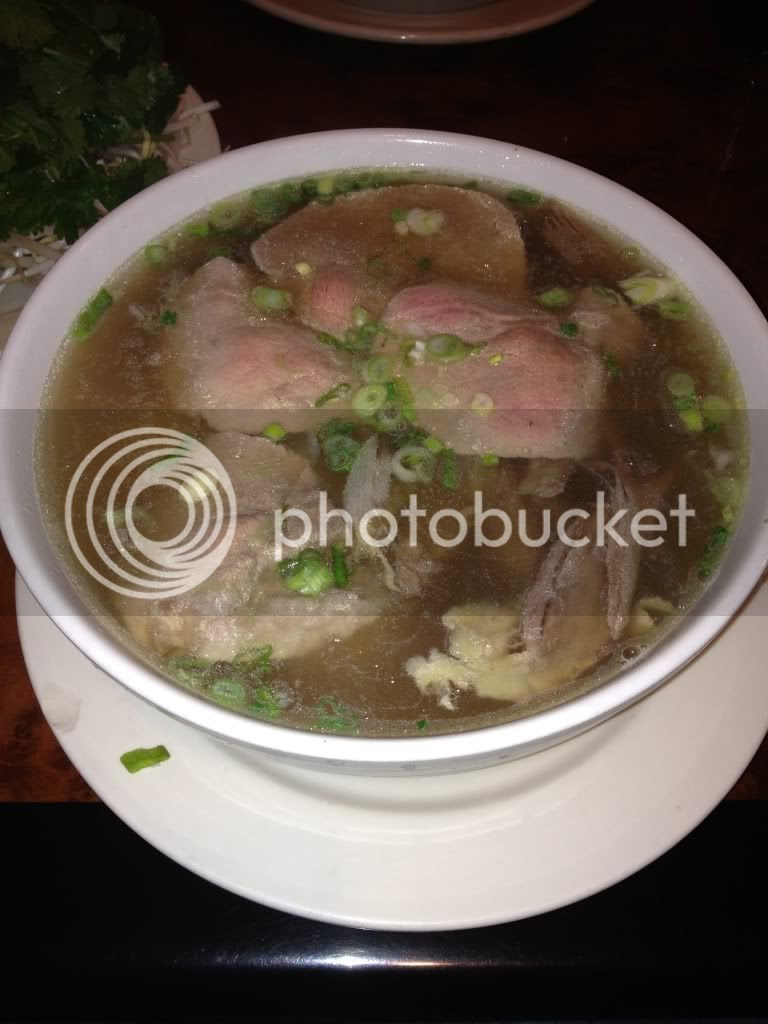 Next up was the greatly anticipated bowl of Pho. Specifically, we ordered the Tai Nam Pho which I assume means Eye of Round  and Flank Steak. That bowl you're looking at above is probably my favorite bowl of soup in Baltimore. It's hot, tasty, and huge. Underneath the tender meat are approximately 48 lbs of ramen soaking up the best broth I've ever known. The flavor was clean, salty, and perfect. There is some sort of taste in there that I couldn't identify, but I'm assuming it's fish sauce or something similar that I don't normally come across daily. 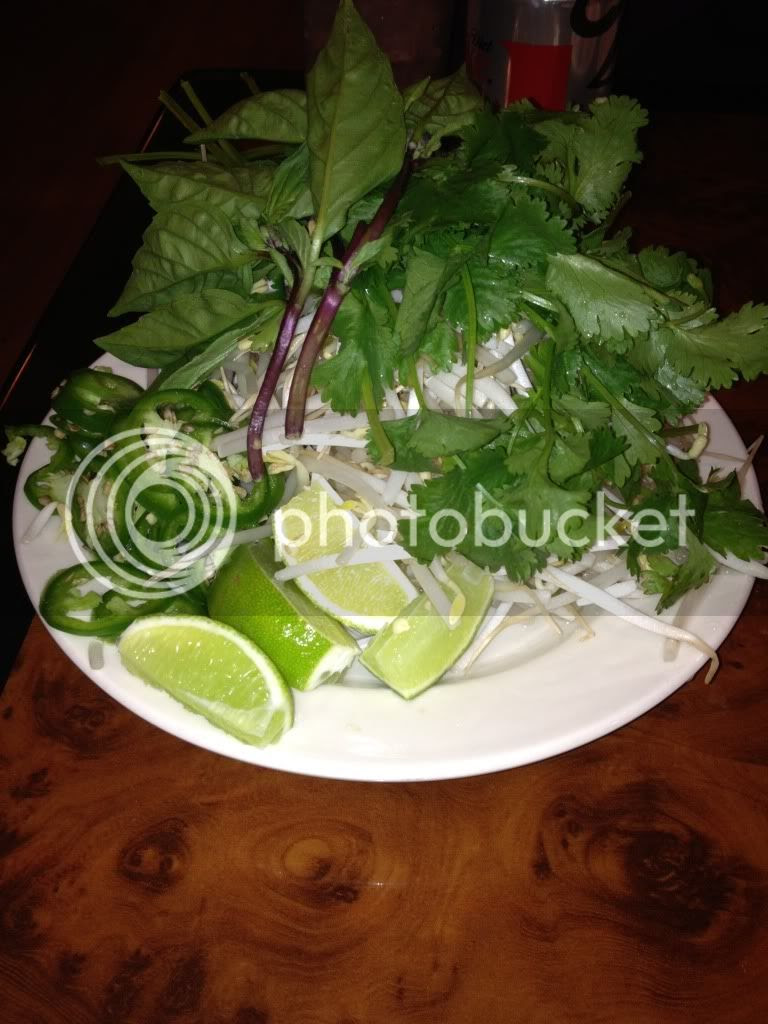 You could be perfectly happy to eat the bowl of Pho as is, but they don't leave well enough alone and give you a plate full of goodies to, dare I go old school Emeril and say, kick it up a few more notches. What you're looking at are cilantro, Thai basil, jalapenos, lime, and sprouts. I went pretty heavy on all of them as these are some of favorite flavors in the world. I love the licorice flavor that Thai basil gives out, the heat of the jalapenos, the crunch of the sprouts, the freshness of cilantro, and the way lime makes all of the big flavors just that much bigger.

So, Mr. Bourdain, should you stumble upon my amateurish blog let me thank you for waxing prophetic about the great bowl of Pho for so long. For without you, I may have missed out on this noodley bowl of brothy love juice. And to my readers, I can't recommend Pho and Pho Dat Thanh enough. If you have eyebrows this type of food was made just for you. Excellence like this is universal, even if it's origin is in Southeast Asia.