Anyone who has followed this blog at all knows I'm quite the fan of Groupon. Thanks to the site, I've come across an endless amount of restaurants I might have never tried had I been left to my own devices. Pacific Coast Dining Co. is one of the restaurants I recently tried thanks to a pretty good deal they were offering. Unfortunately, I'm not sure I'll find my way back to the Pacific Coast.

By no means is Pacific Coast Dining Co. a bad restaurant. The food isn't bad, but the menu is confused. Half of the menu is Italian and half is Mexican/pacific. Neither is bad, but if you ask me they need to pick a direction and run with it. I get that they are located in Little Italy and they are trying to cater to those expecting that kind of food, but if you're going to call yourself Pacific Coast then be Pacific Coast.

While we were going over the menu I put in an order for a beer. I can't remember exactly what I ordered, but I know they poured it into a glass. That in and of itself isn't a problem. Any beer outside of the typical American staples is best served in glass (non chilled at that for the beer snobs among us). But the glass my beer was poured into smelled like a dirty rag. Once upon a time I worked in a restaurant and realize that things happen so I didn't raise an issue, but it really threw me off throughout the meal trying to get over the smell.

Prior to dinner we worked up quite the appetite at Max's Rare and Obscure event so we decided to start off with an appetizer of hummus. It was okay. The hummus had a good garlic flavor and was creamy but it was served really cold. Sometimes I don't mind that if the pita is nice and hot, but it wasn't and the hummus got kind of one note rather quickly.

The Groupon deal I purchased raved about the tacos and after consulting with the bartender she agreed that the tacos were really good. Okay, sold. I ordered a couple steak tacos cooked medium rare. Deana decided to go to the non-Pacific Coast side of the menu and ordered the Chicken Marsala. 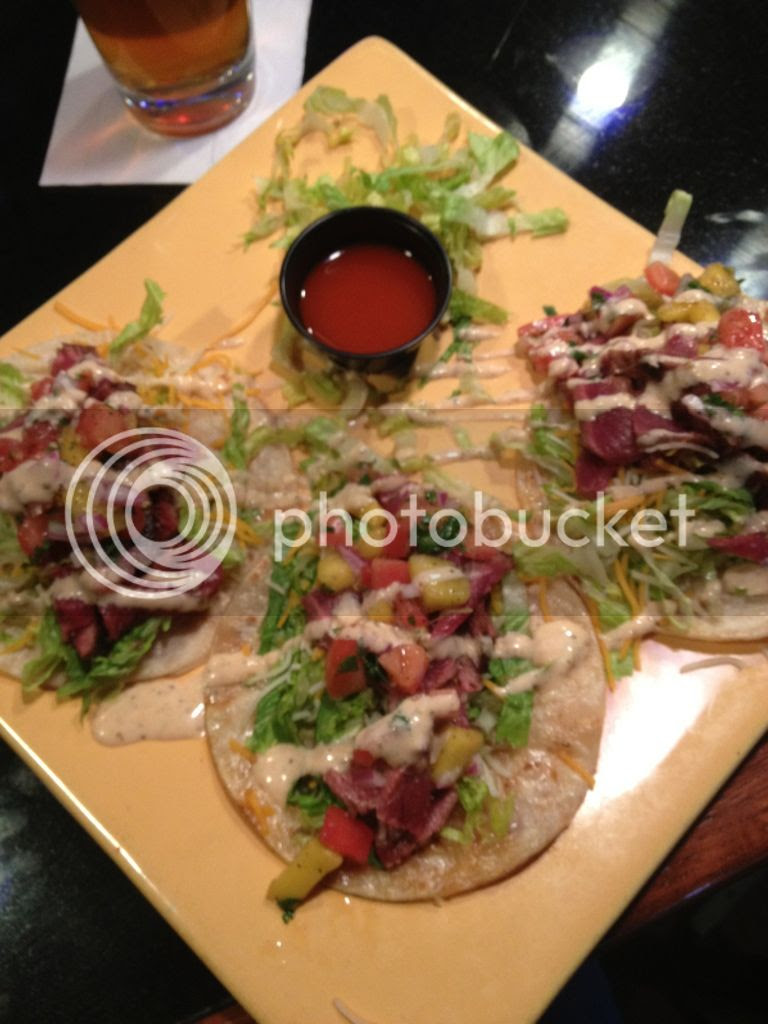 The tacos were okay. The aioli you see zig zagged over the top of the tacos was really tasty as was the mango pico. The main problem I had with the tacos was the temperature in which my steak was cooked. I ordered medium rare, but I got something back that in my opinion was borderline rare at best. It was almost to the point of being raw and while I'm not afraid to eat something that's still mooing, this wasn't for me. Another small issue I had was the fact that nothing is served on the side to mix up the meal a little bit. After awhile I want a different taste or texture and since they didn't give me that option, Deana and I decided to switch dinners with one another. 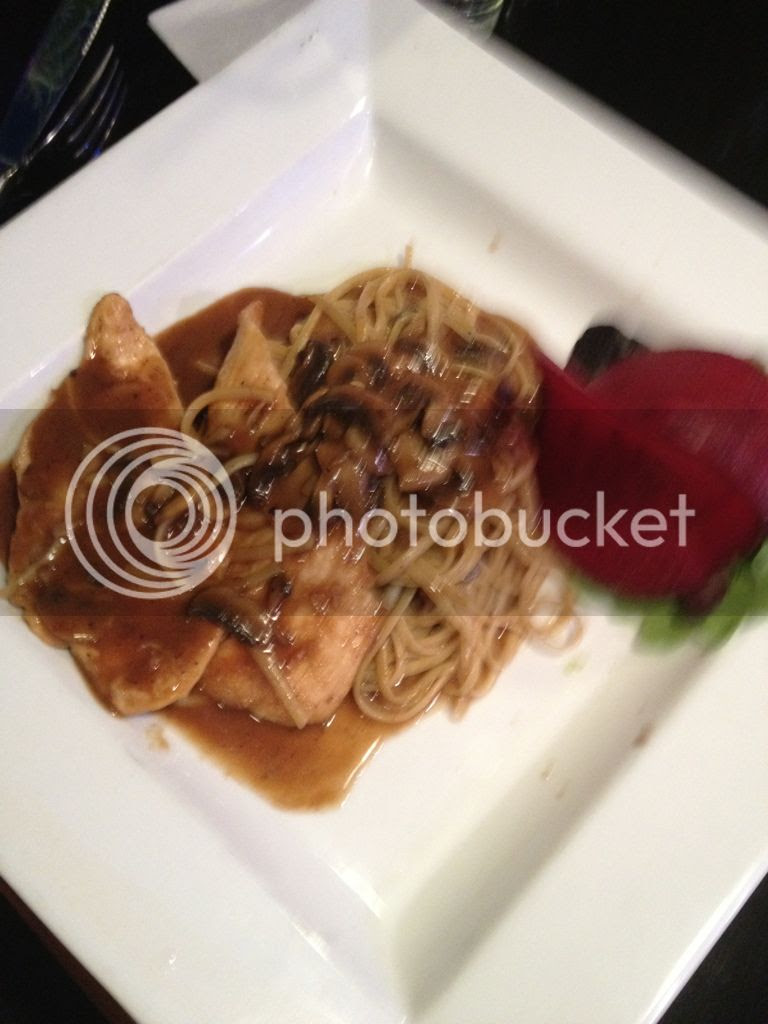 The Chicken Marsala, again, wasn't bad but it didn't score as big on the tastebud turnon score-o-matic as I would have liked. I'm happy to report that the noodles were cooked al dente and the mushrooms were nice and earthy, but on the whole this wasn't a dish I felt like I needed to brave the terrible parking of Little Italy for.

Don't be fooled by the name. Pacific Coast Dining Co. is trying to lead you down a path they only deliver on halfway. If they reworked their menu I think they could have something good, but until that happens I'd probably pass on a second visit.

Price: A little expensive for the portion sizes
Recommendation: Pass
What to order: Steak Tacos