As much as I like a delicious steak I very rarely find myself in the mood to hit up a steakhouse. In my opinion, the steakhouses that are affordable are only average in the food department and restaurants that are most likely amazing are out of my every day price range. What is a steak loving boy to do? Thanks to the best deal I've ever received through Groupon, I know the answer is drive to The Steakhouse.

Because of this blog I've been eating at a wide variety of restaurants lately and obviously trying out a ton of new places. The Steakhouse sticks out in my mind as one of the best for a variety of reasons. First, and maybe most important to a lot of us is the price. Deana and I were able to eat 2 steak dinners with 2 enormous sides AND two beers for less than $40. By the time we factored in our Groupon we probably only paid $8. Diesel!

Another reason The Steakhouse sticks out in my mind is the quality of the food. The steaks are hand cut by their in house butcher and cooked very simply in a wood fired grill. As far as other steakhouses in their price range, there is absolutely no comparison as far as quality is concerned.

Deana and I decided on the center cut prime sirloin. The only difference between the two steaks was the fact that I ordered mine medium rare and she medium. The steaks were THICK , juicy, and tender. Surprisingly, I think I preferred her medium cooked steak to my medium rare. They are seasoned simply but have a great addictive char taste. The crunchy charred outside juxtaposed against the tender inside is where it's at! 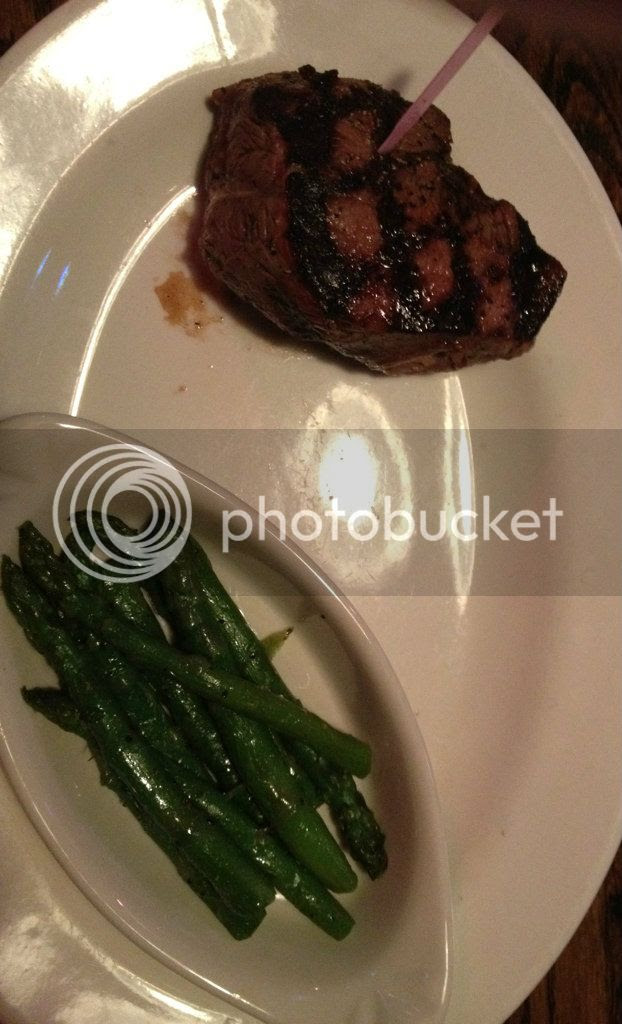 The picture above makes it look like they serve this tiny little steak with an even tinier side dish. Don't let the picture mislead you. The plate was huge and was meant to house two side dishes. I just happened to order French Onion soup as one of my sides (at no additional charge) and was served the soup prior to my dinner being brought out. In regards to the asparagus you see in the picture, it was fantastic. A lot of times I avoid ordering asparagus in restaurants despite the fact that it's probably my favorite vegetable. I always end up getting served some super limp green thing that is just foul. The Steakhouse does asparagus right. When I bit in and found it was al dente I almost considered getting up and doing a dance. Asparagus cooked properly in a resteraunt is near miracle status. 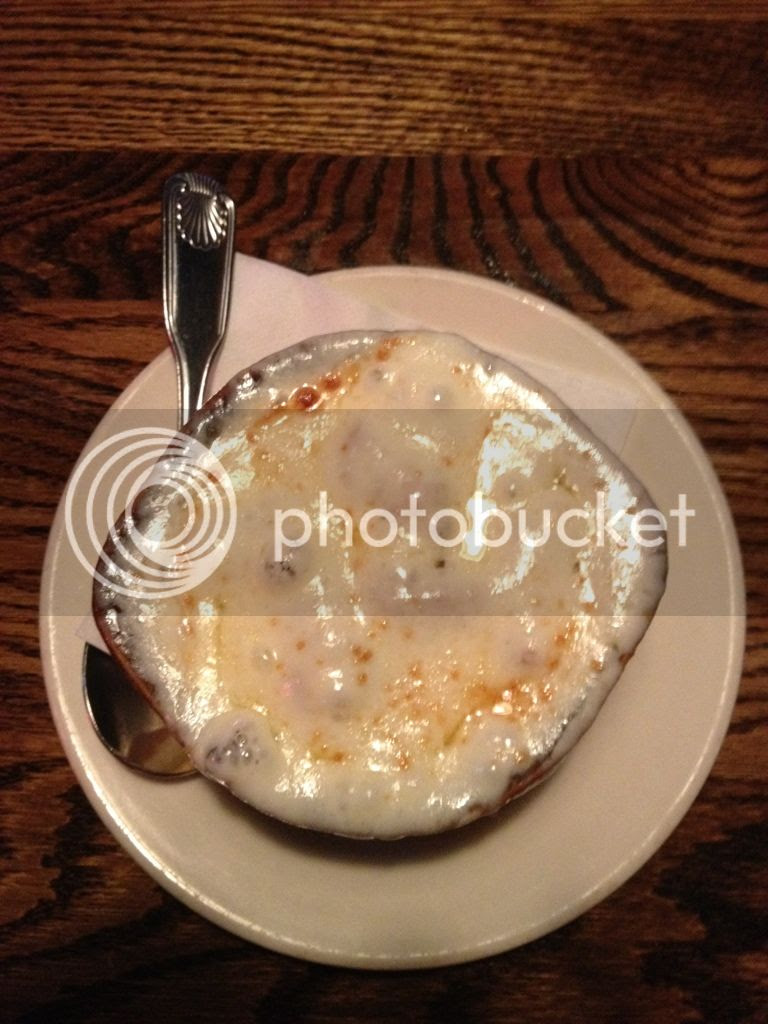 The French Onion soup that I had to start off my meal was phenomenal. The broth had such a deep beef flavor that I couldn't get enough of. Salty broth mixed with sweet caramelized onions and gooey cheese combine to make some of the best French Onion soup you're going to find anywhere. The fact that you can add it to your meal at no extra cost is a super deal.

If you're looking for a great meal at one of the most fair prices in all of Baltimore you have to find your way to The Steakhouse. Groupon got me to walk through their doors for the first time, but their food will have me walking back through for years to come.

Price: Beyond Reasonable
Recommendation: Get their this weekend.
What to order: Any steak with French Onion Soup and Asparagus.