The rules of The Great Baltimore Pizza Pursuit are simple.  Each category is worth 2 points (allowing for half points). The only pizza I'm considering is the basic slice of cheese. At the end of the year, the highest score wins the coveted Baltimore Bistros and Beer's Great Baltimore Pizza Pursuit title. This week's entry is Italian Gardens. Click here to see how the last entrant fared. 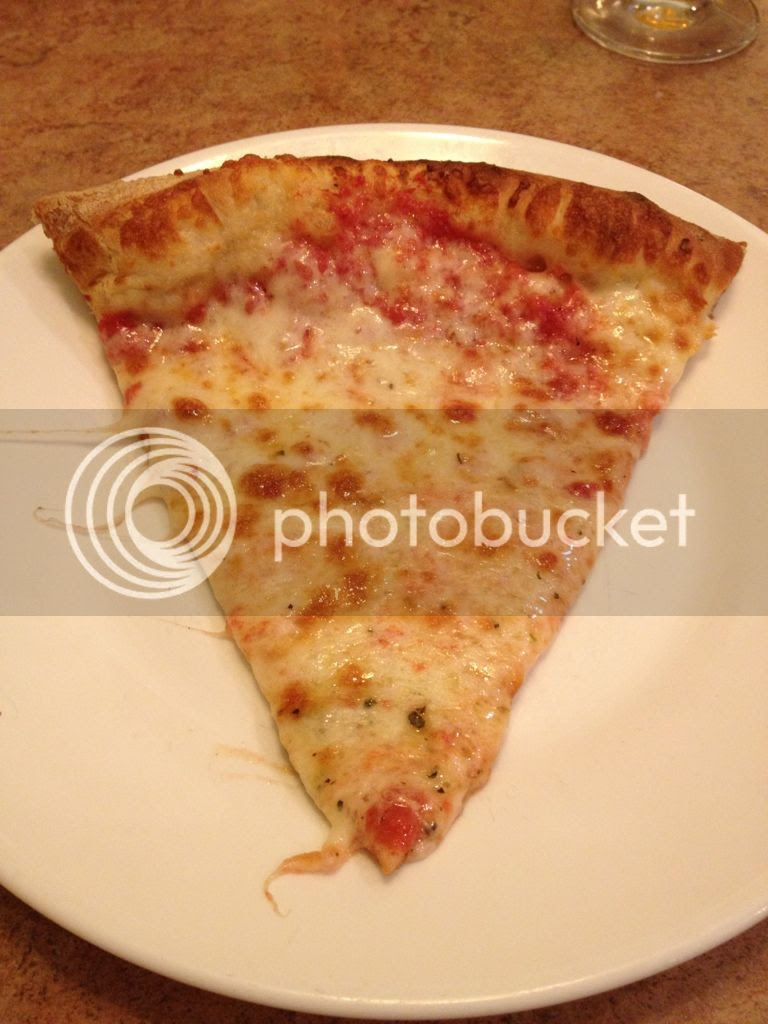 Droop Factor - Sadly, the crust passing the droop test (folded with the tip standing at attention) is probably the best thing that Italian Gardens pizza had going for it. Droop factor is important, but when it's the best thing going for you it's not looking good.

Greaseification - After my first few bites I was thinking to myself that this pizza was kind of greasy for a simple slice of cheese. When Deana confirmed that it was a greasy without any prodding from me I knew it was time to ding them a point. It's not greasy to the point of a pizza foul, but it's definitely there.

Aroma - When I first moved to Baltimore 7 years ago I actually worked in the mall that Italian Gardens resides in. I was the most unknowledgeable garden department salesman in the history of Stebbins Anderson. If I sold you something and ruined your lawn back then....my apologies. But what does that have to do with aroma? Not much, except for the fact that the smell permeated the inside and outside of the mall with delicious pizza at all hours of the day. Yesterday, when I walked in I was instantly reminded of that delicious smell.

Cheese - Italian Gardens is topped with  a fairly typical but tasty mozzarella. It's slightly salty and a little bit creamy. In other words, nothing to rave about but nothing to complain about either. Thus, the middle of the road score.

Sauce - This is where Italian Gardens pizza falls flat on its face. The sauce literally has no flavor. At first, I thought it was because I was tasting it straight out of the oven, but even as it cooled the flavor of the sauce never appeared. I don't know what the deal was but I was super disappointed.

Crust - The crust wasn't bad. There was good flavor with a slightly crunchy yet tender texture. As far as the three main components of a pizza are concerned (cheese, sauce, crust) the crust comes out the winner.

As I mentioned above, I used to work in the mall that Italian Gardens is located in so I was semi familiar with their stuff. I'm very surprised that I'm giving them as low of a score as I am. Prior to eating last night I didn't suspect that they were going to blow my mind, but I definitely wasn't expecting that they would put up the lowest score thus far in the Great Baltimore Pizza Pursuit.

I don't want to make it sound like this pizza is flat bad. It's not. I judged this pizza based solely on what came to my table. After eating the pizza as it came to me and taking notes I was able to spice it up a bit with some pepper flakes, oregano, and grated cheese. It tasted much better, but they shouldn't leave it to me to season their food in order to get some flavor going on. If I ever find myself in that mall again hungry I wouldn't be afraid to spend my money on a piece of pizza. But as far as the Great Pizza Pursuit is concerned, it looks like Italian Gardens just isn't going to have what it takes.