Today, we have Jake from Hipster Brewfus guest blogging. Recently Jake and I have had a few discussions about the need for more open constructive criticism within the craft beer community. It seems that so many of us only want to speak up when have something glowing to say about a beer or a brewery. Yes, it's great and necessary to heap praise on the industry when it's deserved, but if all we ever do is focus on the positive how can our opinions as bloggers be trusted? At what point will readers begin wondering if the role of beer blogging is merely to kiss ass? If we see something we don't like, what's so wrong about being honesty and saying as much? With those questions in mind, I turned to Jake and asked if he'd kindly explain the merits of being critical and not blindly dishing out compliments like a giddy 16 year old boy on his first date. So, without any further adieu I'm handing it off to Jake. 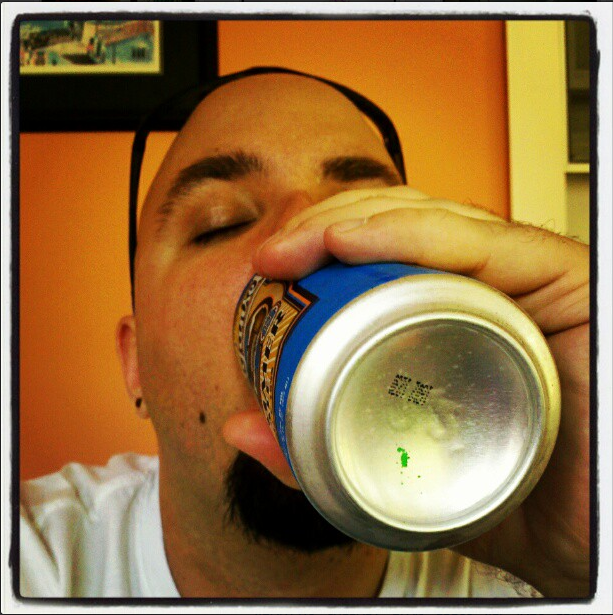 It's not fair for the both of us to continue going the way we're going. I have no real respect for you anymore. But truth be told, I don't want to leave you. I've given you some of my best years, and have formed some of my happiest memories during the tenure of our relationship. But things need to change. Things need to change for the worse.

All of your overwhelming positivity is giving me an ulcer. I want to see some honesty. I want to see some passion. I want to see the shit you hate. I want to know what you can’t stand. What beers did you drink that suck? TELL US, FOR THE LOVE OF GOD, PLEASE JUST FUCKING TELL US! I'm sick of reading your long winded beer reviews that really don't say much. Knock it off.

The pandering needs to stop, because contrary to popular belief, negativity is capable of accomplishing things. There is value in a well thought out, constructive stream of hate. The slew of compliments paid to something that is pretty much mediocre at best, does nothing to push the brewery to do anything better. There will always be a need for criticism in any avenue of life.

Look, I’m no stranger to any of this stuff. I’m loud and drunk a lot of times. It’s mostly those times I take advantage of to tell you just what I think. I know you may not like it. I see how many of you stop following me on social media after I go on some kind of hop induced tirade about how so many of you are worshiping at the altar of wrongness (Go To IPA scores a 90 on BA?). In a world full of “amazing,” “incredible,” “quaffing,” or any other stupid words, I want to hear you say “I drank this beer from a brewery that I really like, and ITS FUCKING TERRIBLE! And here is why…”

You know what you have to gain from that? A lot.

And Bloggers, you especially. What’s with the constant stream of happiness? Is it borne out of the “if you don’t have anything nice to say…” diatribe? Do you think that if you fill your product review with enough praise that somehow they’ll see it and magically you’ll start receiving boxes and boxes of goodies from the brewery that you've sworn your allegiance to? I can promise you, it doesn't work that way. Do you not see any merit in saying critical things? Do you think the only way to do it is the Hipster Brewfus way (long illegible strings of curse words)? Because I promise you it’s not. I’m the Brodie Bruce of beer blogging.

“You're gonna listen to me? To something I said? Jesus, man, haven't I made it abundantly clear during the tenure of our friendship that I don't know shit? I mean, half the time I'm just talking out of my ass, or sticking my hand in it.”

Do not use me as an example. I am most assuredly doing everything wrong. I am the first one to tell you I’m an idiot, and have no idea what I’m doing. But the one thing I do know is I wield the power of the consumer, and used correctly, it can be a very powerful weapon. Taking tastes and preferences out of the equation, sometimes things hit the market that are just plain bad. And if you don’t speak up about it, those bad things will continue hitting the market. And that stuff happens, especially when you take into consideration the fact that our relationship is still in its infancy stages, and that new breweries are popping up at an alarming rate. And just like with people, there will be a few winners, and a whole lot of losers. It’s science.

Look, there is enough bad and mediocre stuff out there to weed through to find the good stuff. But I think it’s your responsibility, since you took a blood oath to this, that you vocally help weed out the bad stuff. You could potentially help stop a future offense. Remember kids, like the DHS has taught us, “If you drink something, say something. Unless it’s positive. Don’t say anything, there is enough of that.”
So I hope you can reach down inside, find some honest vitriol, and share it. You’re losing me day by day, and It’s breaking my heart.