Shall we keep the fall beer reviews rolling? Alright, then, let's get into another one. Today, we're talking about Weyerbacher's Imperial Pumpkin Ale. This is the first year I've had the chance to try this one out and I have a feeling I'll be adding it to the yearly rotation. 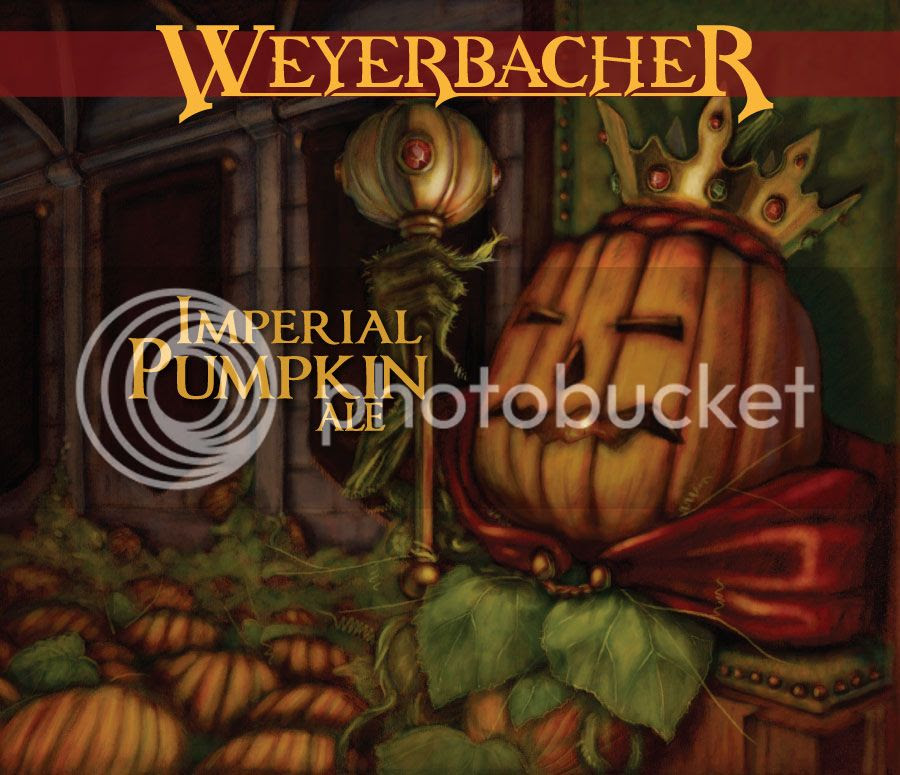 The color of Imperial Pumpkin Ale is one of the prettier pours I've made in awhile. It literally looks you are pouring liquid autumn as a medium brown/amber/light orange beer fills into your glass. Visually, you can't ask for much more.

Based off of the Imperial tag in the name I was bracing myself for a beer that might be a little harsh/alcoholy. Happily, I was greeted with a very easy drinking ale and there was none of that heavy alcohol flavor I was expecting. You do, however, find a well balanced mix of the traditional pumpkin ale spices (cinnamon, nutmeg, cloves, and cardamom). Almost all of the flavor is middle of the mouth as you aren't hit with very much flavor at the beginning and you're left with just a faint pumpkin flavor on the finish.

I could really see myself getting in trouble with this beer. It drinks so smooth, but at 8% ABV it wouldn't be long before I'd be feeling it. Definitely a weekend drinker! If you happen across the Weyerbacher Imperial Pumpkin Ale this fall, don't be afraid to pick this one up. In a world full of pumpkin beers, this one stands near the top.